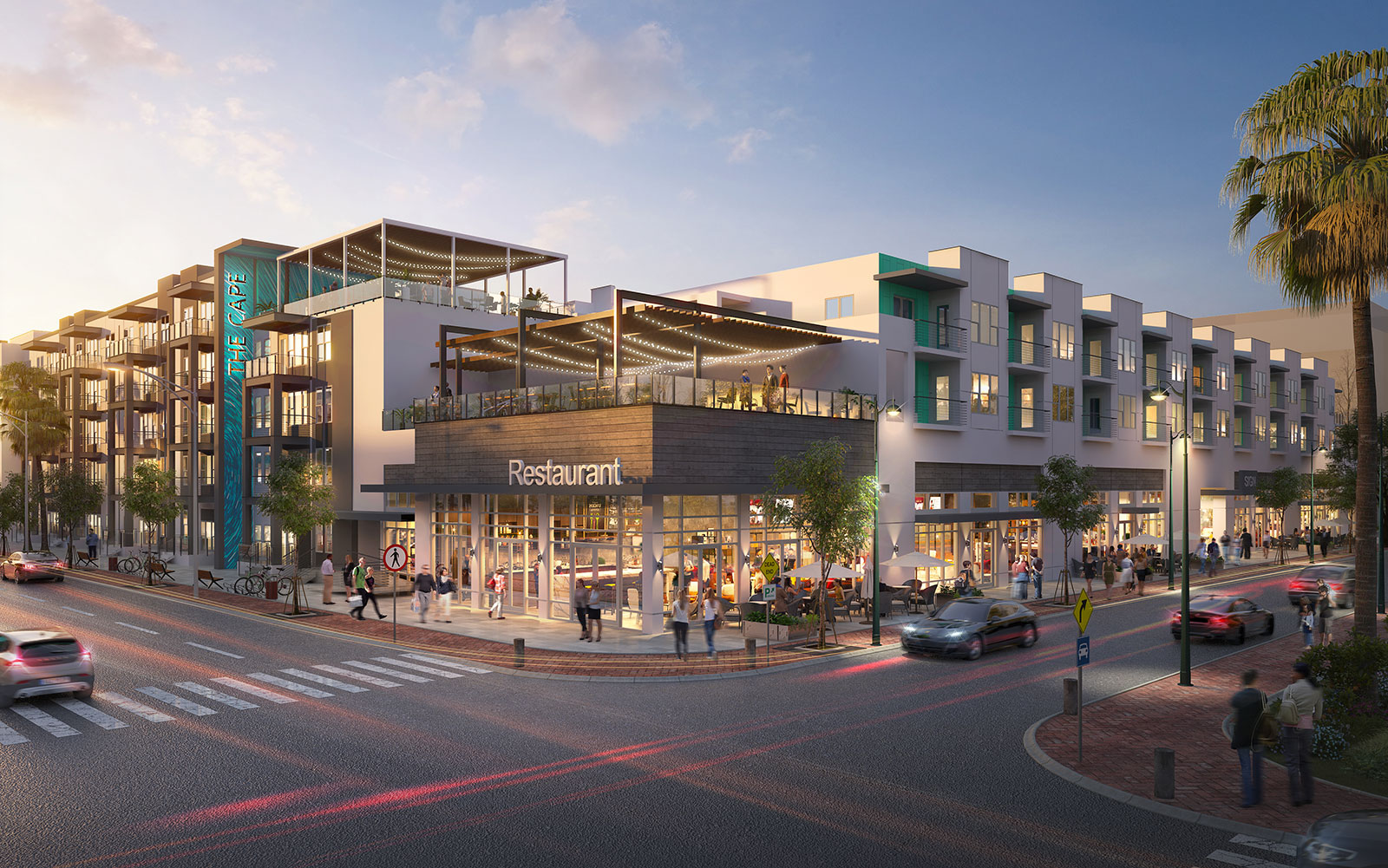 The Florida Business Observer reported on our design for the $103 million apartment project located in the city’s commercial strip.

At a showcase of the city’s commercial real estate projects in November, Bill Johnson, the executive director of the Cape Coral Construction Industry Association, told the gathering of insiders that a project like The Cove at 47th “sets us alongside of a lot of your major cities — your Naples, your Coconut Point, your Mercato.”

“This is truly going to give us a mixed-use look that’s going to allow people to live downtown in an entertainment district and still bring additional businesses … and create jobs that will bring people into our area.”

And, in a statement announcing the groundbreaking, Cape Coral City Manager Rob Hernandez called it “exactly the type of transformative project that helps create a walkable downtown where people live, work, dine and are entertained.”