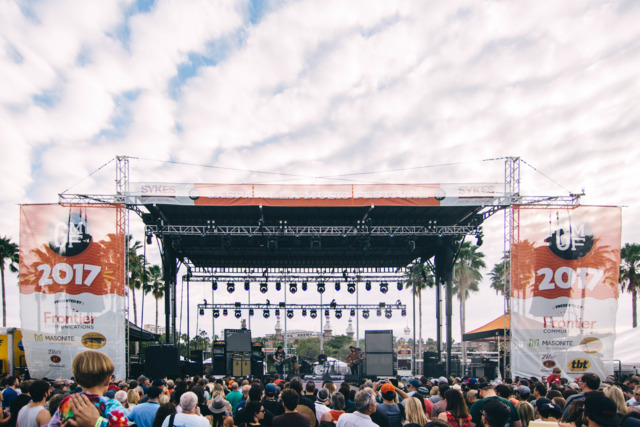 Like food, a comfy couch or the cold side of the pillow, music is something nearly all of us can agree is an invaluable asset to society at large. The fine people behind the Gasparilla Music Foundation, a nonprofit that hosts Tampa’s annual Gasparilla Music Festival, agree, but have taken it one step further, promoting local and well known musicians, supporting and assisting music education programs and otherwise giving back to the community as a whole.

Featuring a kaleidoscope of artists, including Cage the Elephant, Ghostface Killah, Ryan Adams and many others, and local food options that highlighted some of Tampa’s best restaurants, chefs and breweries, it was a tasty and tuneful smorgasbord of a weekend.

How could we not be a part of the fun? Baker Barrios was proud to be the sustainability sponsor of the Gasparilla Music Festival, doing our part to help them fulfill the goals of: 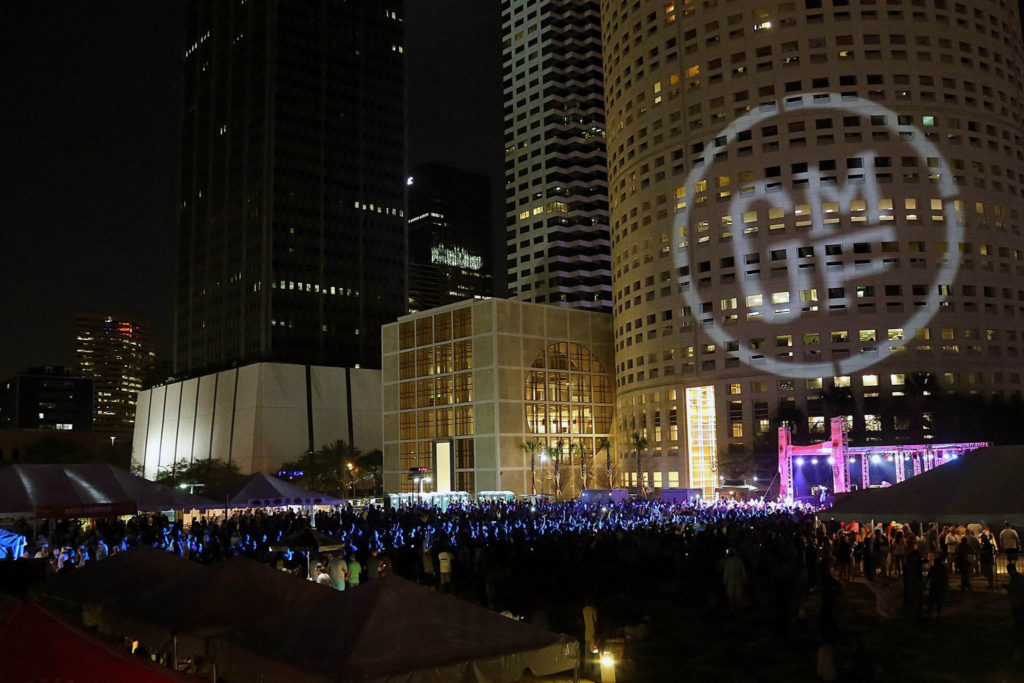 GMF’s community-minded sustainability initiatives help make it one of the largest environmentally-conscious events in the region. They work with a local organic farm who composts all of the food vendors’ food prep waste prior to and during the event to in turn help grow vegetables to donate  to local food banks. In addition, they have eliminated the use of plastic water bottles by only offering Boxed Water® at the event, which is recycled from trees. GMF also works with the City of Tampa to recycle all cardboard, cartons, plastic aluminum and glass used throughout the weekend. As if that is not enough, they have partnered with We are Neutral to donate carbon offsets to ensure that the festival is a carbon neutral event.

Our own Rob Ledford said, “At Baker Barrios, we see sustainability as a powerful path to innovation and crucial to the growth and future of our cities. Our community involvement begins with partnerships, such as with GMF, that support social, sustainable and economic development and share our passion in the advancement of the arts.”

Dancing, singing, eating, drinking and giving back to our community makes for a mixtape of good that’s music to Baker Barrios’ ears. But this isn’t the first time Baker Barrios has given back to Tampa’s sustainability scene. We’re equally proud to have been the prime architect for the LEED-Silver certified projects, Ella, Trio & Reed located in Encore! Downtown’s Tempo district. 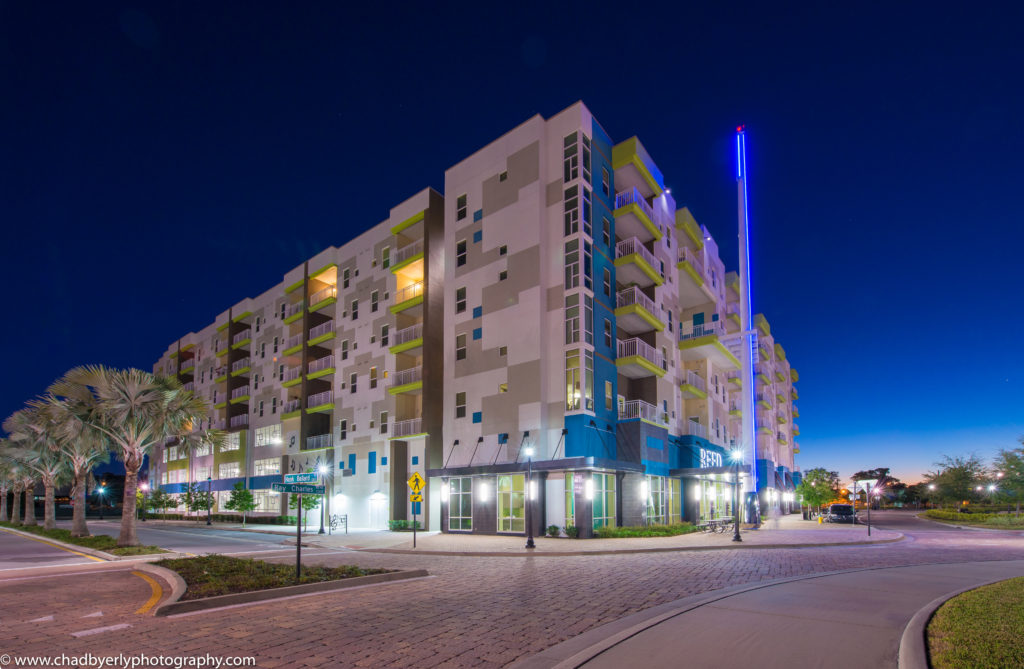 Encore is a mixed use, mixed income redevelopment of what had previously been public housing just north of downtown Tampa. During construction of the project, all of the site’s concrete demolition was recycled for use for nearby road construction projects and the large oak trees were all retained as is. By keeping the focus on health and well-being, Encore was created as a smoke-free community.

In addition to the residential buildings, Baker Barrios also designed the district’s central energy plant. Not only does the plant operate up to 50% more energy efficiently than cooling each individual building, it also frees up the rooftops for resident amenities. These are just a few examples of the steps taken to distinguish Encore as a successful energy efficient project. We look forward to being part of more neighborhood developments such as this, which work to transform our great city.